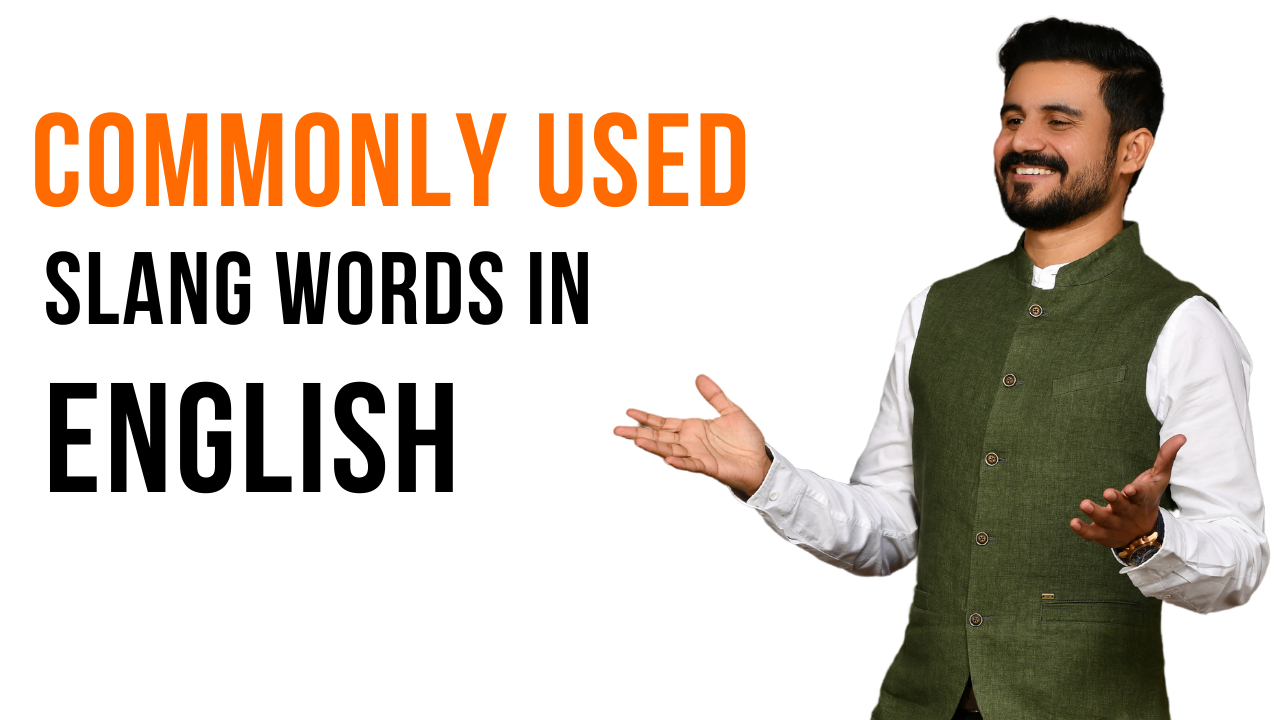 When you use words in an informal setting, you should be more careful, and you should never use these slang expressions when talking to your boss, parents, supervisors, older people, or teachers.

It’s best to use these slang words while talking with workmates, friends, and those who you’re close with and you know well.

Another critical aspect of these slang words and phrases is that they are not always words that you can look up in a dictionary.

They are often derived from other words, phrases, or slang expressions.

For example, I have a workmate named Jay who is good enough to my face, but he might say all kinds of nasty things about me behind my back.

This makes him my enemy, to some extent, right?

So Jay is my frenemy (it is a mixture of the words friend + enemy).

Hence this slang word was derived from two common and regular words in the English language.

Let’s talk about some commonly used slang words in the English language.

This slang phrase is referred to leave a place. Example: It’s time we blow out of here. The party is boring.

Having real pain in the neck is very unpleasant. So this expression is to depict that something is irritating to us.

For example, My younger sister is a pain in the neck because she asks me so many dumb questions.

When you work hard and all day and didn’t take a break for even a minute, you are completely exhausted. To depict this feeling, we use this slang phrase or expression.

For example, You were zapped out. Did you have a long day at work?

We have emojis or emoticons in emails and text messages with the letter ‘z’ on the face.

Hence this slang expression means to sleep or to take a nap.

Example: Before you go to the airport, you might want to catch some Z’s.

If this is done at work, it means that you are not doing what you should be doing or are required to do.

Perhaps you send text messages to friends or play games on your phone or check social media.

Example: If Nisha screws around this much, she would be fired soon.

This expression is generally used to describe music/songs or something that is very good.

For example, The music at this event is far out.

This expression was very well known in the 1960s and 1970s but is very rarely heard in today’s time.

The slang expression means to do something stupid or make a mistake.

Most teenagers use this expression. It means causing problems or difficulties.

For example, The Bollywood actors controversial statement made waves around the country.

This expression is related to a person’s mood. Generally, when we feel down or are disappointed for some reason, we can describe our mood using this word.

Nihaal was really bummed because his bike broke down and he couldn’t attend the party.

It would be best if you never said it to someone’s face. It’s considered flawed, and you will probably end up offending them.

This expression literally means a head filled with air or no brains. So be careful, as no one likes it when they are being called stupid.

So use this English slang in the following conversation that you have with your peers.

Time to show off some skills.

Want to learn MORE stylish idioms and phrases along with grammar and vocabulary learning secrets?

We would highly recommend you to join “The 60-Day Communication Skills Course.”

In this course, you’ll get:

✅ Learn from an expert

✅ Learn multiple skills in a single course such as email writing, public speaking, presentation and more