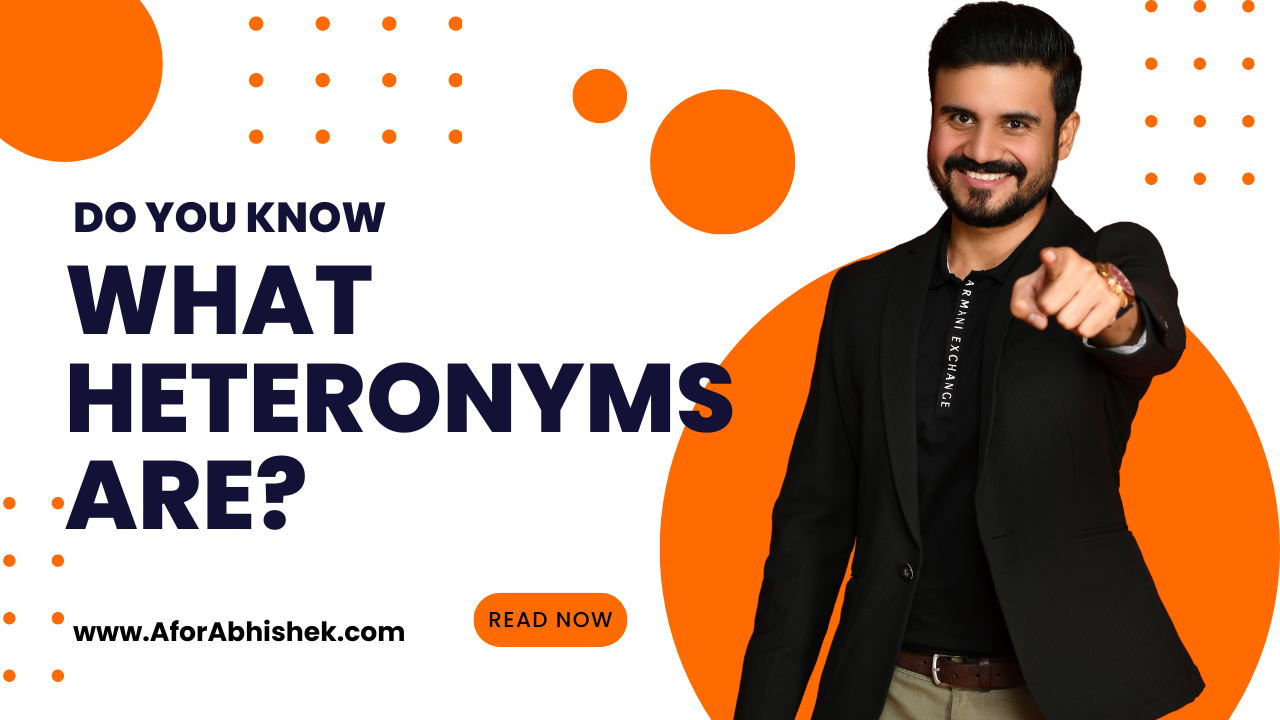 English is a tricky language to learn. It is full of confusing and contradictory rules that are difficult to follow, especially for a new learner.

One of the very confusing yet amusing elements of the English language is known as heteronym.

Let’s explore heteronyms with some of their examples.

In phonology and grammar, heteronyms are spelled the same but have different meanings. Mostly the pronunciations are a bit different too.

Two words can be heteronyms but not homophones. There is a technical difference between them.

Let’s take an example, “”row”” (use oars) and “”row”” (argument) are heteronyms because they employ different pronunciations, while “”mean”” (signify), “”mean”” (rude), and “”mean”” (average) are not heteronyms.

Because they are pronounced the same. These words are called homonyms.

Most heteronyms are identified in pairs. There are three different words being heteronyms like the above example, but this is very rare.

Homophones are words that are pronounced precisely similar, but they have different meanings or spellings.

The differences in pronunciation show different definitions or meanings of the same word.

Heteronyms are generally noun-verb pairs, and the words are pronounced differently.

Some of the commonly used words are listed below. You can go through them and see if you know about Heteronyms.

Also, in some pairs, words have entirely different meanings, while others have implications that both are somewhat related to each other.

You see how cool heteronyms are.

Now see, below are three sentences. Try reading them and pronouncing the heteronyms.

Hence, the next time you use heteronyms in a sentence, read it carefully, as the sentence’s meaning depends on pronunciations.